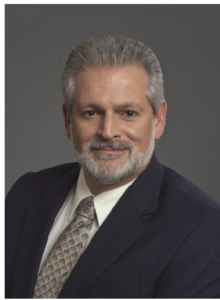 Director, Compliance at Welded Construction
Incident Prevention in Construction through Design and Planning

Jeff Vincoli is currently the Director, Compliance at Welded Construction. Before this job, Jeff Vincoli was  Manager of Environmental, Safety, and Health (ES&H) Compliance Assurance, Investigations, and Regulatory Affairs for Bechtel Global Corporation. Jeff conducted compliance audits and assessments, manages all ES&H compliance documents, and was also the lead investigator for any incidents that occur at Bechtel Projects worldwide. Since joining Bechtel in August 2001, he has provided these services during more than 350 site visits in over 50 countries. Prior to joining Bechtel, he was President and Principal Consultant of his own consulting firm, J.W. Vincoli & Associates, located in Titusville, Florida. He has also worked as an ES&H professional for contractors to NASA and to the U.S. Department of Defense.
He has more than thirty-seven years of experience in the Safety, Health, and Environmental Profession, the majority of which have been in the missile, space, strategic defense industries, as well as in the construction and industrial/manufacturing sectors. Jeff has worked to ensure the safety and health of employees as well as mission safety in programs such as Amtrak, U.S. Department of Defense Weapons Systems, Space Shuttle, U.S. Air Force Launch Systems, Tomahawk Cruise Missile, Space Station, and Spacecraft/Payload Processing. Through the years, his titles have included Safety Engineer, ES&H Inspector, ES&H Trainer, and ES&H Manager.
Jeff has also participated in and led delegations of U.S. Safety and Health Professionals to countries such as the former Soviet Union, People’s Republic of China, Hong Kong, Vietnam, and Thailand. He has also conducted safety and health training seminars in Saudi Arabia and in Europe.
Jeff holds an AS Degree in Flight Technology, a BS Degree in Air Commerce, an MS in Aeronautical Science, and an MBA in Aviation Management. He is a Board Certified Safety Professional and a Board Certified Hazard Control Manager.
Jeff has published more than two dozen articles in professional trade journals on a variety of issues since 1988. His articles have appeared in three different languages in four different countries. He also has published nine technical reference and textbooks in the areas of safety, health, and the environment.
Jeff lives in Titusville, on Florida’s Space Coast, with his wife Rosemary.